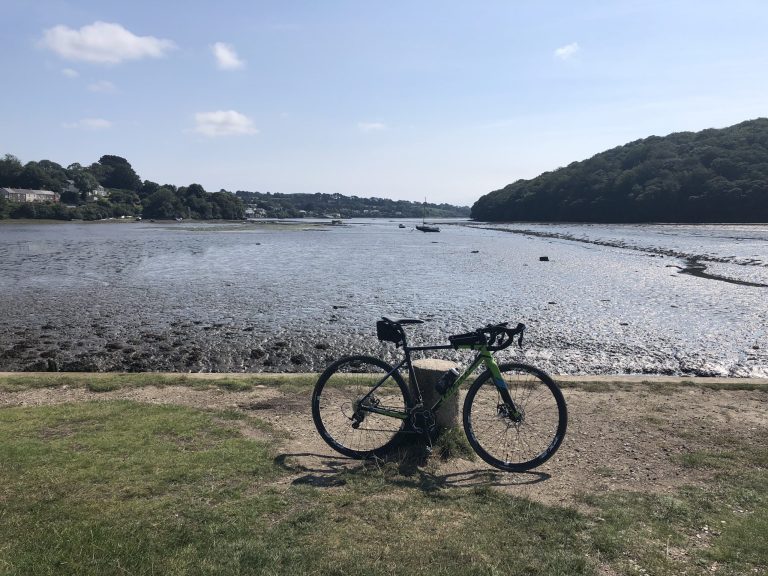 We had a child-free day this week, so Stuart and I opted to ride our cyclocross bikes down the Coast to Coast Trail. We’d never done this trip before, and we’d never heard of it until Stu came across a booklet describing it. The majority of our cycling is done on the road.

Stu and I did a 100-kilometer bike trip with Donna in Cornwall a few years ago. Because Cornwall is so hilly, it took us much longer than we anticipated. We had to decide whether to start in Nancekuke or cycle the Coast to Coast route from Hayle. Because I wasn’t sure how difficult it would be, I proposed starting at Nancekuke, where we could do as many or as few laps as we wanted. I also knew that the road from Portreath to Hayle (through Tregea Hill) is extremely steep.

We were shocked by how crowded Elm Farm Cycles, Camp & Cafe in Nancekuke was when we arrived. A bike shop, a bike barn, and a cafe were all there, with riders loitering about.

A bike shop in a wood-clad barn structure. Outside, there is a giant pink flag.
What did we know about the Coast to Coast trek before we started it?
We stopped the car, got our bikes out, and took a quick rest before continuing. Before we left, we checked up the route online, but I had no idea what to anticipate.

The Mineral Tramways Trails are a one-of-a-kind network of 37.5 miles of traffic-free trails that explore Cornwall’s historic mining sector. There are a variety of routes connecting the relics of the 19th century industrial infrastructure via the lovely Cornish countryside, centred on the Camborne and Redruth area. The trails, which are open to walking, cycling, and horseback riding, take in both coasts, the ruins of multiple engine houses, and some spectacular views along the route. In addition, the trails are rather level, allowing wheelchair users and buggies access to the countryside.

Cornwall Travel Guide
With 11 miles of trail, it’s unsurprising that this is the longest (17.5 km). It spans from Portreath on the North Coast to Devoran on the South Coast, passing through Cornwall’s mining heartland. While the Portreath tram road and the Redruth & Chacewater Railway are both utilised for pleasure now, they were also important transportation lines during the mining era. These routes were critical in getting the produce of the world’s richest copper mines to the ships that would transport it around the world.

Taking the wrong path
The mineral tramways track began on a cycling path, followed by a stretch of peaceful road before transitioning to a compacted gravel path. It was a gentle ride, but because I’m not used to riding my cyclocross bike, I opted to take it slowly. We had to go down a tiny hill and then back up the opposite hill at one point. There was a lot of loose gravel and huge pebbles, and it was pretty steep. I unclipped because I was afraid of falling and then dismounted since it felt quite unstable.

We took a narrow trail to the top of the hill. As it went smaller and narrower, I remarked that we could have gone in the wrong direction. After a few minutes, we came across a sign indicating that we had gone the wrong way and were now on a side trail.

Heather grows across a dusty trail. In the backdrop, a mine stack can be seen. In the foreground, Stuart is riding his bike.
By Poldice Mine, Stu is attempting to figure out where we should go.
It turned out that we had missed one of the granite markings at the bottom of the hill with the loose gravel (like the one in the image below).

Arsenic Refinery at Point Mills
The trail split a little further on. There was a comfortable downhill stretch and a little more difficult upward section. The downhill stretch appeared to be the better option, but we could see a family on bikes up ahead who had gone that way and were signalling their group members to turn around since they had gone the incorrect way. Their blunder protected us from making a blunder. “I wouldn’t fancy doing this on their motorcycles!” I joked as we overheard some of their conversations.

The Point Mills Arsenic Refinery was a short distance away. At this time, the trail was much smoother, and we were taking in the sight.

Near Bissoe, the Point Mills Arsenic Refinery’s chimney. It’s a tall brick structure.
On the Point Mills Arsenic Chimney, there is a sign. “Mineral Tramways,” it states. The only relics of the Point Mills Arsenic Refinery are these modest ruins. For a century, the British Arsenic Refinery, subsequently known as the Cornwall Arsenic Company, ran the worlds until World War II broke out. The arsenic purified was known across Europe and beyond for its great quality. Carrick DC completed reclamation work in February 1995.
I was taught about tin mining in Cornwall in school, and both of my siblings work in the industry, but I had no idea that arsenic was mined there. Arsenic was apparently a byproduct of the tin smelting process, but it also had a commercial value. These operations generated very high-quality arsenic, which was exported for use in cotton plantations as an insecticide to control the boll weevil.

The arsenic works are currently located near to Bissoe Valley Nature Reserve on the Bissoe / Devoran route. We noticed a lot of dragonflies and the scenery was really appealing.

Getting to Devoran
It didn’t take us long to get to Devoran. Before rolling our bikes to the point, we halted to take in the scenery.

These are now boat shelters and gear shops, but they were formerly ore hutches when tin was shipped out by train from Devoran. Tide’s Reach, Cornwall 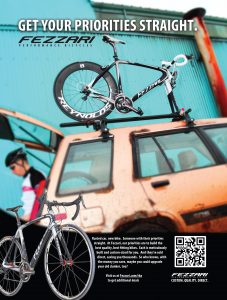